This is a massive issue of H&G (AUS). It tops out at 290 pages. This issue features H&G's annual top 50 rooms.  Besides the top 50 rooms, the homes featured are all Australian which is wonderful to see rather than rehashed articles from overseas interior magazines. Warning, this is an image laden post!
The below three pictures are from a decorating article which takes its' inspiration from the colours found in Mother Nature. Photographed by John Paul Urizar & styled by the highly talented & fabulous Marie Nichols. Marie is a UK stylist who has been living in Australia since September 2009. She's about to wing her way back home to the UK & her beautiful work will undoubtedly be missed by the whole Australian interiors magazine industry, but you can still keep up to date with her work via her fantastic blog Whole Lotta Lovely. 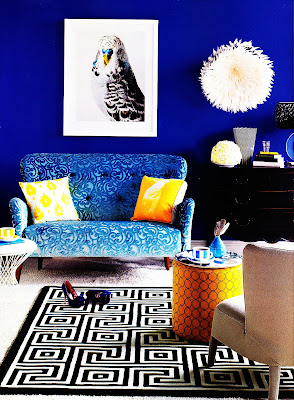 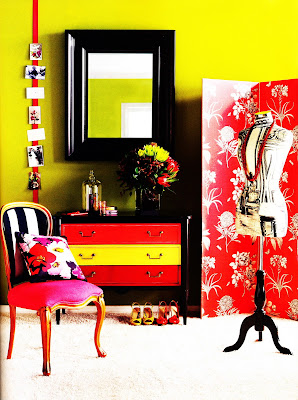 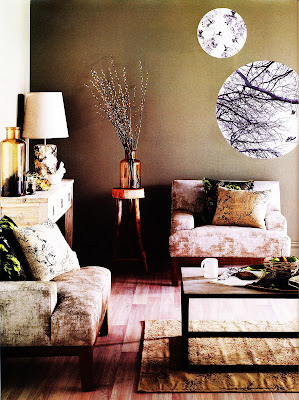 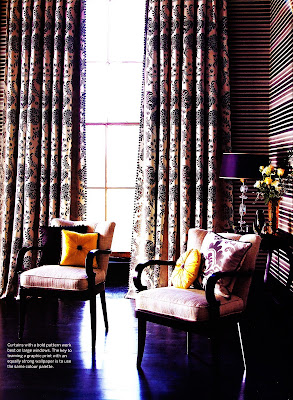 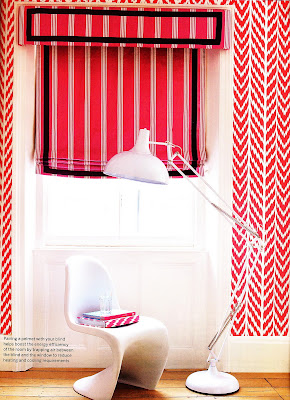 Now, for the top 50 rooms for 2010 as decided by H&G (AUS). Below are the rooms that I liked the most. I chose 15 of the top 50 for varying reasons & as you can see, they are of a range of styles.
Besides the top 50 rooms, this issue features an article on two-time Dobell Prize winner, 81 year old artist Pam Hallandal. Other articles include a peek into Quince Homewares' textile designer Michelle Koop's apartment, highlights from the Maison et Objet fair in Paris, the ubiquitous Summer stories regarding pools & barbecues, & the homes featured include a modernisation of an 1850s cottage in the  Adelaide Hills, a Sydney eastern suburbs beach house with a Belgian twist, & a restoration of a turn-of-the-century terrace house in Sydney.
I found lots of bits & pieces in the magazine that I loved, but as this post is already so ridiculously long, I've only mentioned a couple below.
I love the design of the chair below by design duo Inoda + Sveje. The DC09 chair is crafted by Japanese cabinet maker Miyazaki Isu & is crafted as such that the self-supporting seat has been shaved as thinly as possible. So elegant.
The pic below is the kitchen from the above mentioned Sydney eastern suburbs beach house with a Belgian design influence. I find more & more, that I love a Calcutta marble benchtop.