Seems I was a bit ambitious about posting before midnight. Looks like I missed my deadline by about 1 hour. Anyhow, on to the outstanding Dec/Jan issue of Belle. Besides the obligatory Christmas gift list feature, this issue is full of amazing homes. Each home featured, has exceptionally lengthy coverage which is fantastic & greatly appreciated.

Besides the magnificent homes featured, I stumbled across some interesting bits & pieces of which I have featured two.
The first is Beatrix Rowe of Beatrix Rowe Interior Design. The one page article addresses Beatrix's design influences which include industrial designer Achille Castiglioni, modernists such as Mies van der Rohe, Richard Neutra & John Lautner. Beatrix was raised by a very creative mother who also encouraged her daughter's appreciation of beauty & design. Beatrix attended interior design school in Melbourne & spent her formative design years with industry heavyweights John Wardle Architects & Hecker Phelan & Guthrie (now known as Hecker Guthrie) before starting her own firm in 2003.
The below two pictures are a very, very brief look at Beatrix's work on Grace Darling House. 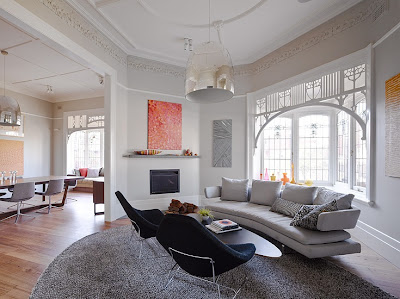 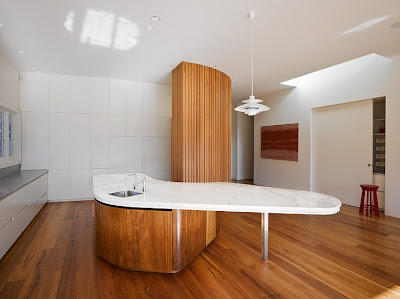 The other product which leaped out from the page, was the work of London-based Swedish illustrator, Camilla Meijer. Camilla's draws her intricate designs on A4 paper & then scales them up & turns them into wallpaper, lampshades & cushions. I have shown you just a snippet of her fabulous designs.
The three homes I have decided to highlight in this post are magnificent & although each is of a different aesthetic, I would happily reside in any of them.
The first is an Italianate mansion in Sydney's eastern suburbs. The home has been given a fresh look by architect Robert Brown of Casey Brown & interior designer Thomas Hamel. The result is a blend of old & new, traditional & modern, formal & informal which has led to the house being exactly what the owners & their four children under 10 required for an environment of relaxed family living. 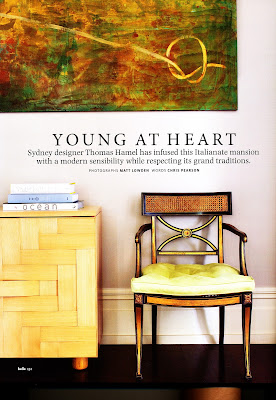 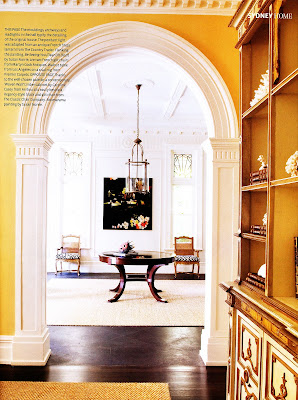 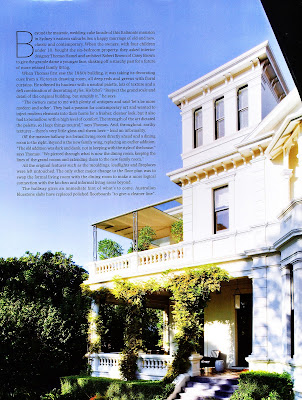 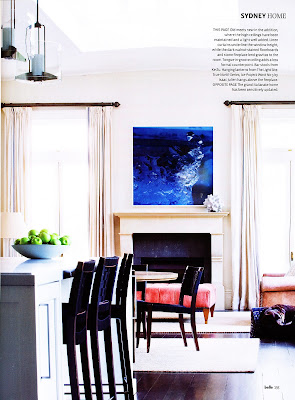 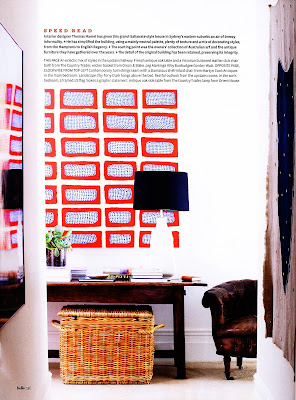 The next home featured is to be found nestled amongst the hills & valleys of the Luberon in southern France. This magnificent home belongs to Thierry Gautier, a director at jeweller Van Cleef & Arpels, based in Paris. The home was designed as a camera obscura by Karl Fournier & Olivier Marty of Studio KO. 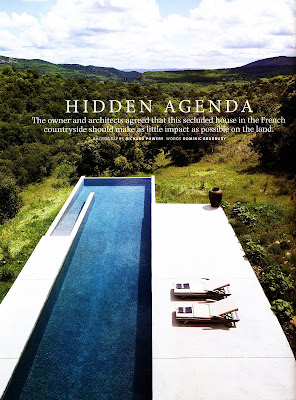 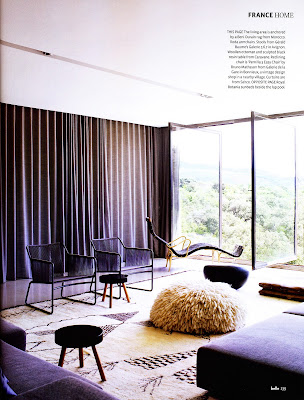 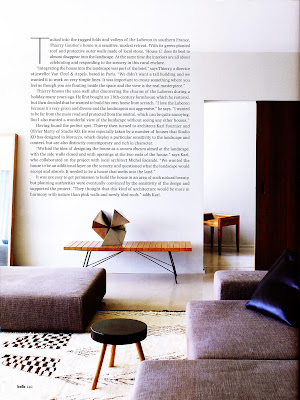 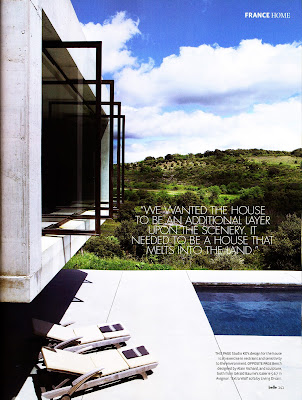 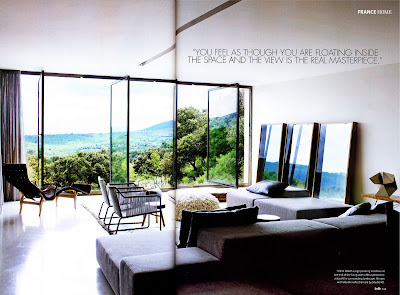 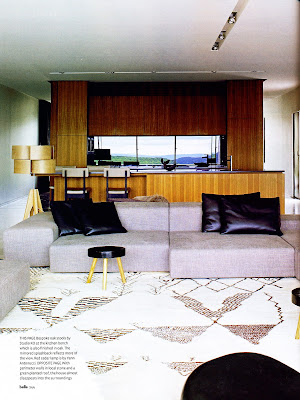 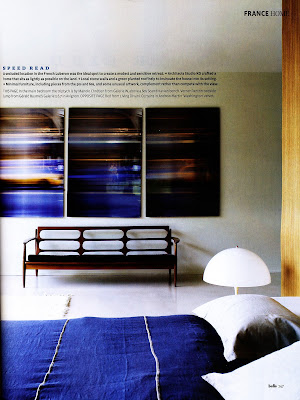 Now, the third house featured belongs to the superb Melbourne designer David Hicks. This home features David's massive collection of contemporary & vintage art, furniture & artefacts. There are so many things I covet in this home, it's ridiculous. 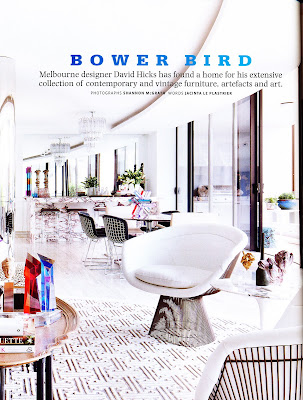 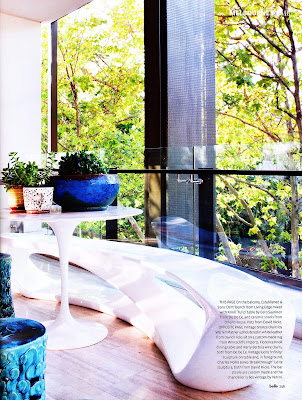 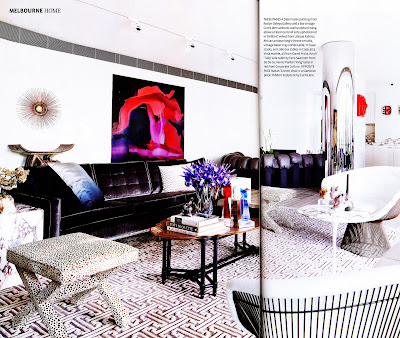 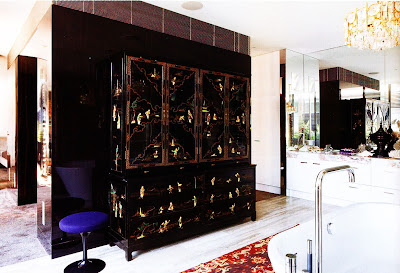 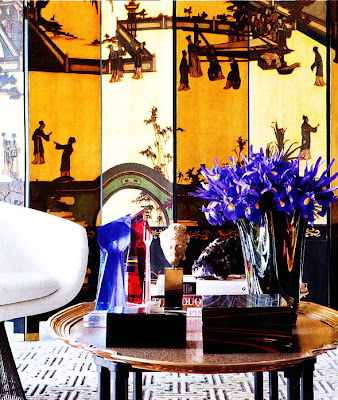 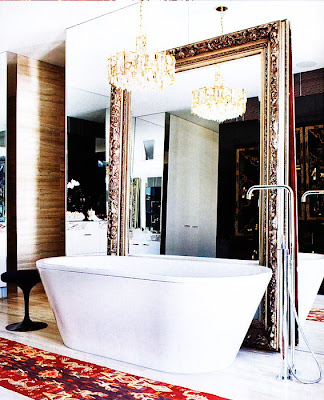 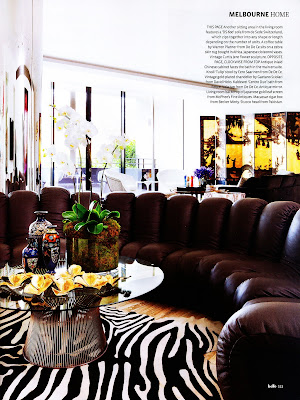 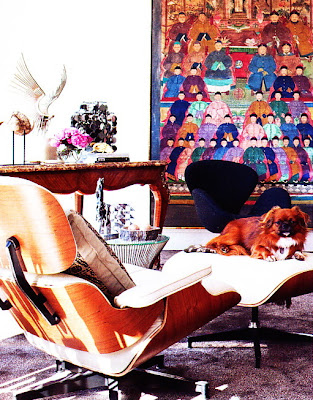 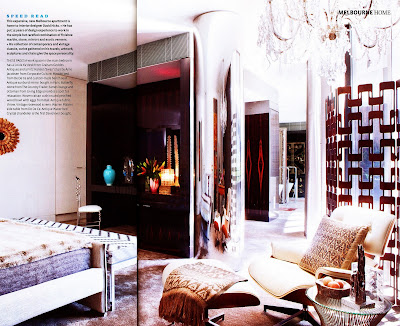 Well, that's part one finally done. Hopefully I will post part two by the end of Friday.
Sandy K
[all above images impatiently scanned by Sandy K except the images relating to Beatrix Rowe & her design of Grace Darling House via Peter Bennetts Architectural Photographer, the image of Camilla Meijer via Notes on Design & the image of her work is a collage created by Sandy K of images found via Camilla Meijer Design]
Posted by Ampersand Design at 1:03 am