OK, here we go with part deux of my look at Belle magazine's Dec/Jan 2010/11 issue. This issue was honestly one of the best from the Belle team for 2010. It is crammed with gorgeous pics of equally gorgeous homes from all over the world.
The next home I'm showing is located in the French west Indies on the small island of Saint Barthelemy. It belongs to designer Alisa Thiry who at one point was Fashion Editor at British Elle. Alisa worked on the design of the home with London based designers Lesley Batchelor of studio db & Kathy Adam of Adam Design. It is a house where symmetry yet informality also reign. 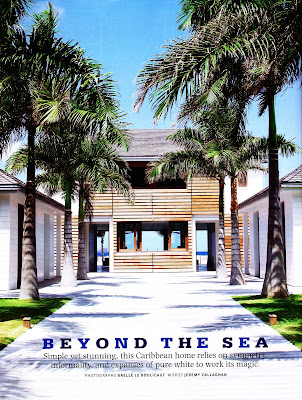 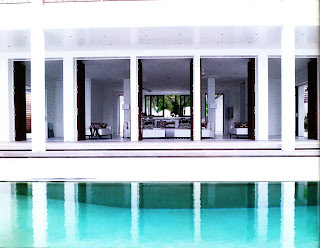 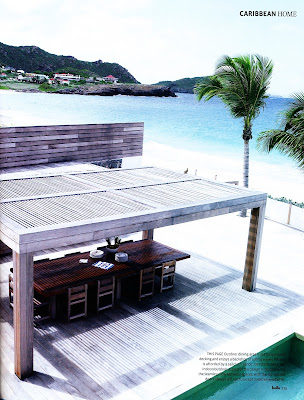 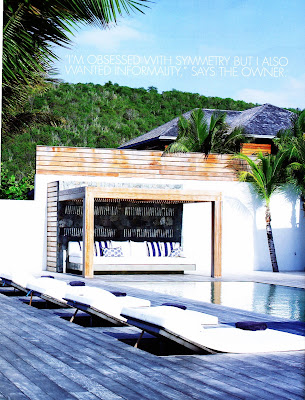 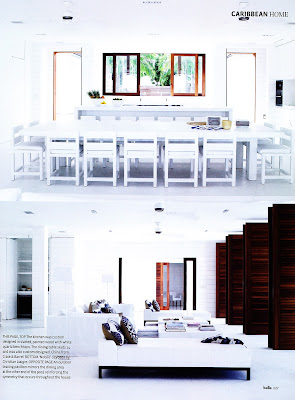 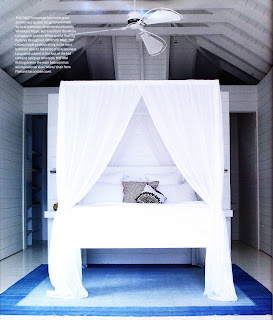 The next home is located in rural Surrey, British Columbia, Canada & is designed by Israeli-born Canadian architect Omer Arbel.
Now, Omer Arbel is one genius freak. I love what this guy does. He is a young-un, born in 1976 & carries the titles of architect & industrial designer exceptionally well. Principal of Omer Arbel Office (OAO), which is based in Vancouver, Arbel's desire is to produce extraordinary projects as a result of working in the ambiguous overlapping zones of the more traditionally defined fields of architecture, industrial design & crafts & materials research & development.
Besides the amazing home shown in the pics below, Arbel is also responsible for designing the critically acclaimed 2.4 chair (as seen below) & the highly coveted Bocci lights that can be seen throughout the home featured. 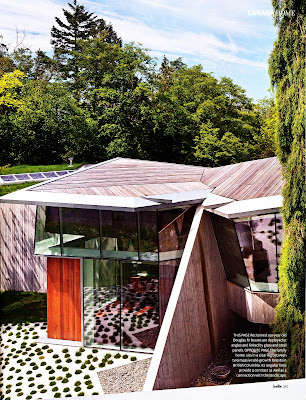 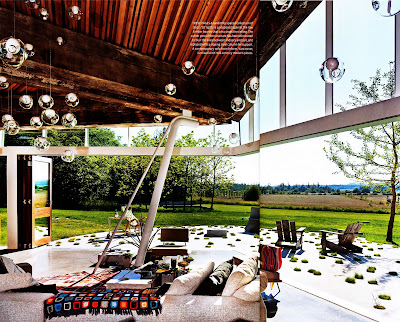 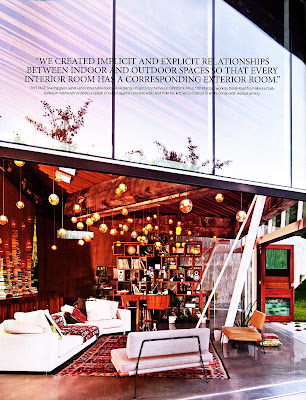 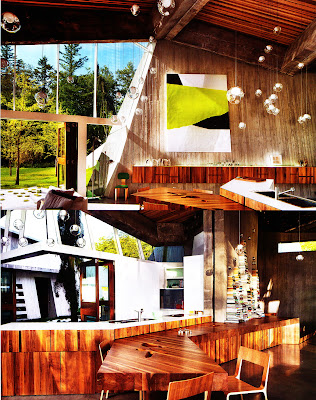 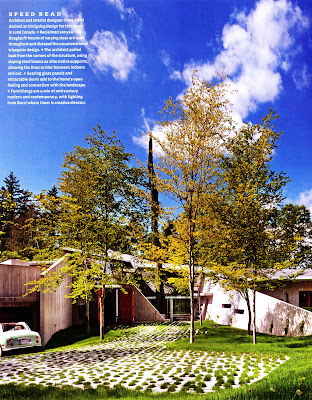 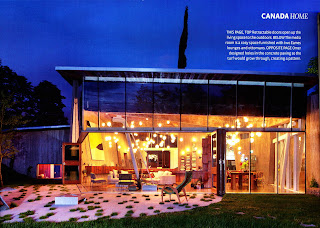 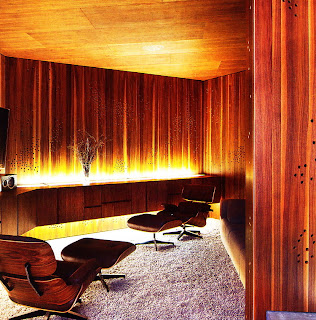 The third & final home I am featuring from Belle is a former 50s-style duplex in the exclusive enclave of Vaucluse, Sydney. Originally bought as a knock-down opportunity, the owners, Janine & Tony Adams,  relented after factoring in cost & time & after their two exceptionally smart teenage children encouraged them to retain & renovate the existing structure. A hodge podge of styles from different eras (bottom part of the building was a 30s bungalow that had been renovated in the 70s), were amalgamated by Phillips Henningham Architects to evoke the dominant 50s aesthetic.
The Adams were highly inspired by the 1968 Peter Sellers movie The Party & also by the architecture of Richard Neutra & John Lautner. Their search for an interior designer who could enable them to achieve this aesthetic vision led them to Melissa Collison. 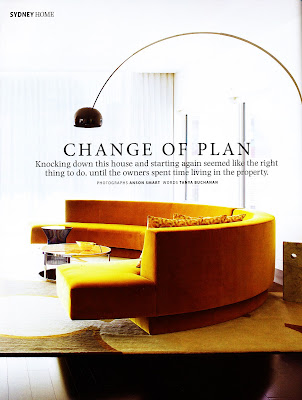 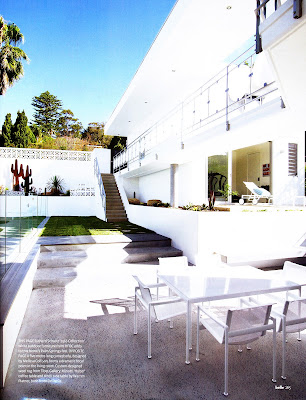 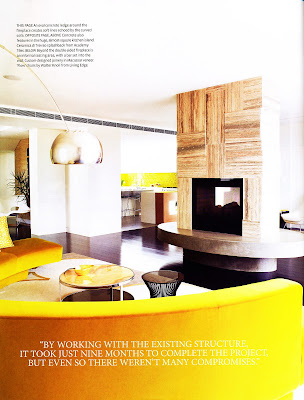 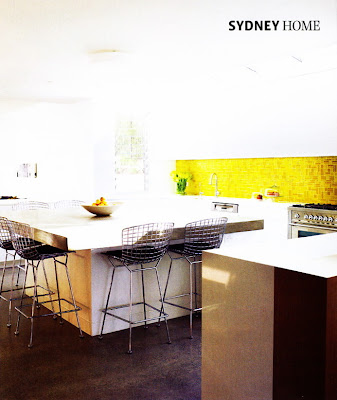 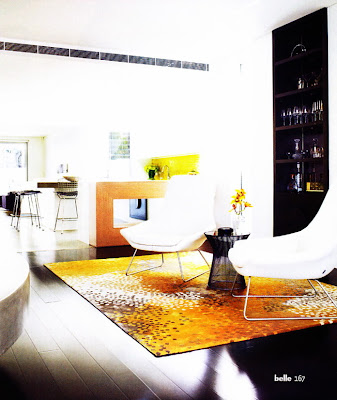 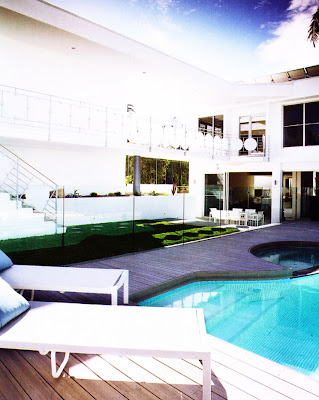 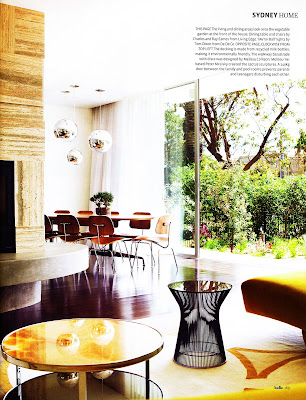 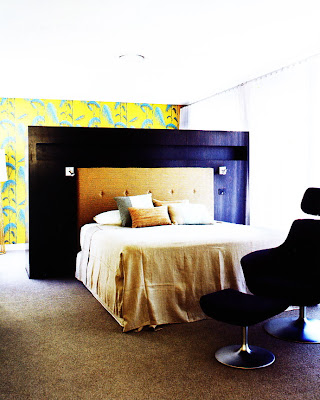 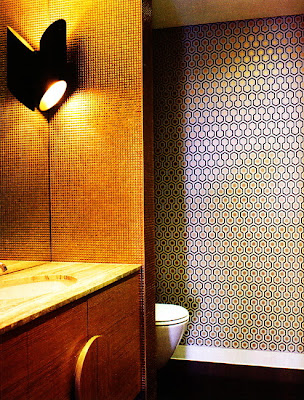 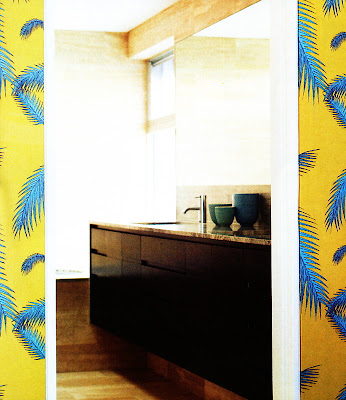 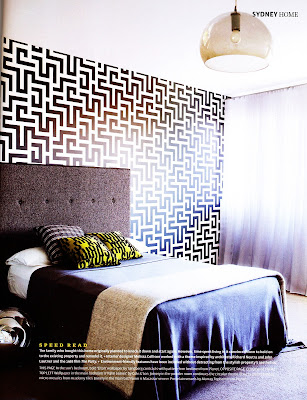 Well, I hope you have enjoyed this somewhat belated look at the Belle Dec/Jan 2010/11 issue. I hope you found the homes I featured from the issue to be as magnificent as I did.
Sandy K
[all images impatiently scanned by Sandy K except images of freakazoid Omer Arbel & his fabulous 2.4 chair which unfortunately I don't have the source for as my computer crashed just after I saved them!]
Posted by Ampersand Design at 11:49 pm